For Mac OS users, there is a system setting that may not allow you to tab onto several types of elements in a web page. To change this setting:

Select the Shortcuts tab. Make sure the box for "Use keyboard navigation to move focus between controls" is checked.

Select the Advanced tab. Make sure the box for "Press Tab to highlight each item on a webpage" is checked.

Switch To A Different Campus

Congratulations to these 34 DHS Spanish 3 & 4 students who recently earned the Arkansas Seal of Biliteracy for demonstrating proficiency in English and Spanish by high school graduation.  These outstanding students are 34 of 780 Arkansas students from around the state who have earned this distinction. De Queen High School was 4th in the state with the most students who have achieved this honor. These students had to show proficiency in English, which was determined by a 19 or higher on the ACT for both English and Reading, as well as scoring a 5 or higher (Intermediate Mid - Advanced High) on the Stamps AVANT Spanish language proficiency exam.

The Seal of Biliteracy is now recognized in 48 states and Washington D.C.  According to the official website, “the Seal of Biliteracy encourages students to pursue biliteracy, honors the skills our students attain and can be evidence of skills that are attractive to future employers, the military, and college admissions offices.”  Since the 2017 pilot year in Arkansas, a total of 3,309 students from 80 high schools around the state have attained this certification across 19 languages other than English (Arabic, Bengali, Chinese, Filipino, French, German, Gujarati, Hindi, Italian, Japanese, Korean, Marshallese, Portuguese, Romanian, Russian, Spanish, Tamil, Urdu, and Vietnamese).

“I want our community to know that just because a student may have some background in speaking Spanish, that does not mean he or she is proficient in the language.  There are 4 proficiency domains in all languages and they are listening comprehension, speaking, reading, and writing.  Most of my students had no formal education in Spanish until entering our program in the 9th grade.  We also had 1 non-native speaker receive the Seal and another non-native speaker who was only 1 point away from earning the Seal. Mrs. Esther Hendershot and I will continue to work hard growing our program and helping our students become bilingual and to hopefully earn the Arkansas Seal of Biliteracy one day..” - Jane Moore, HS Spanish Teacher, Levels II, III, and IV 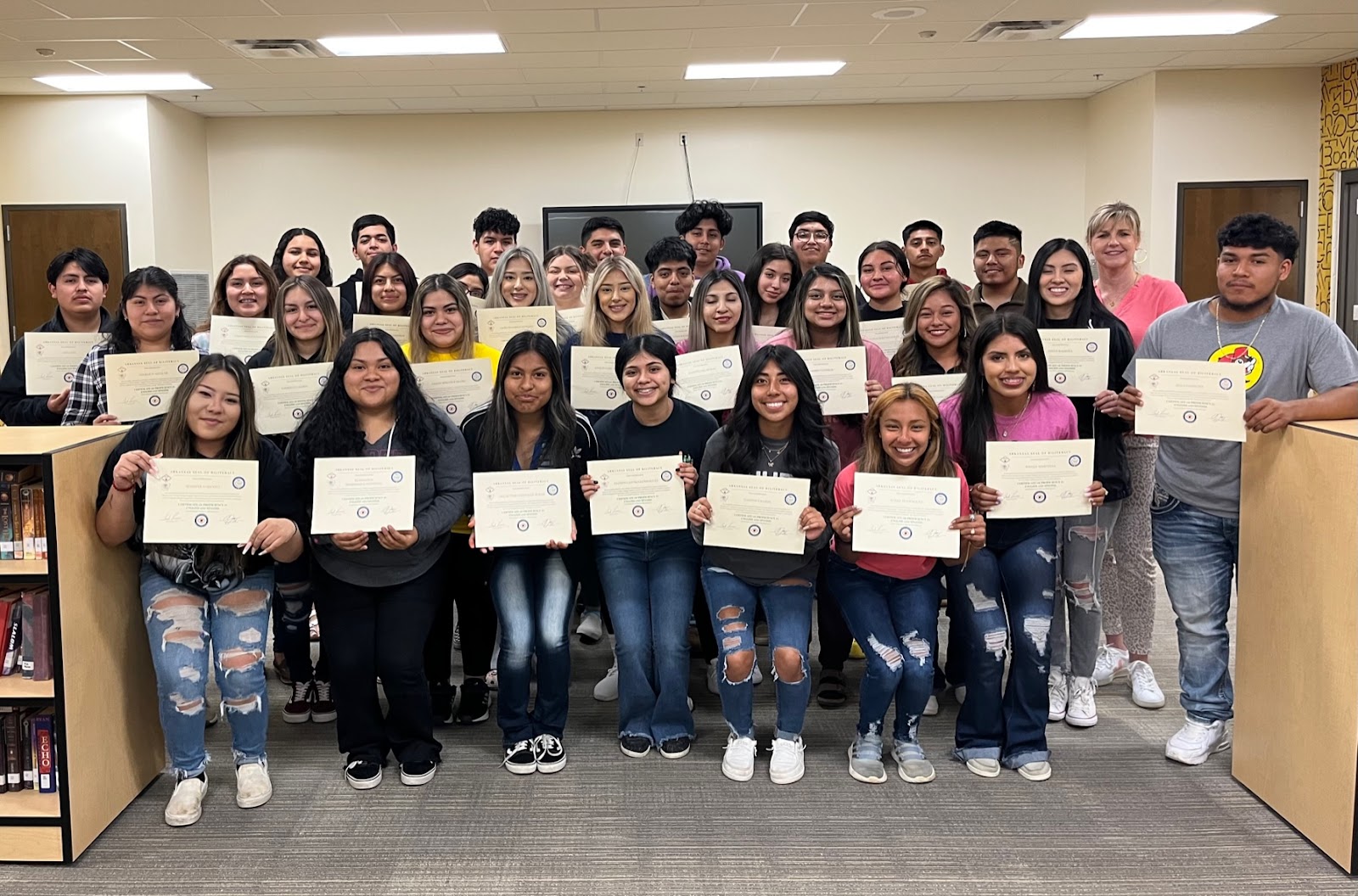